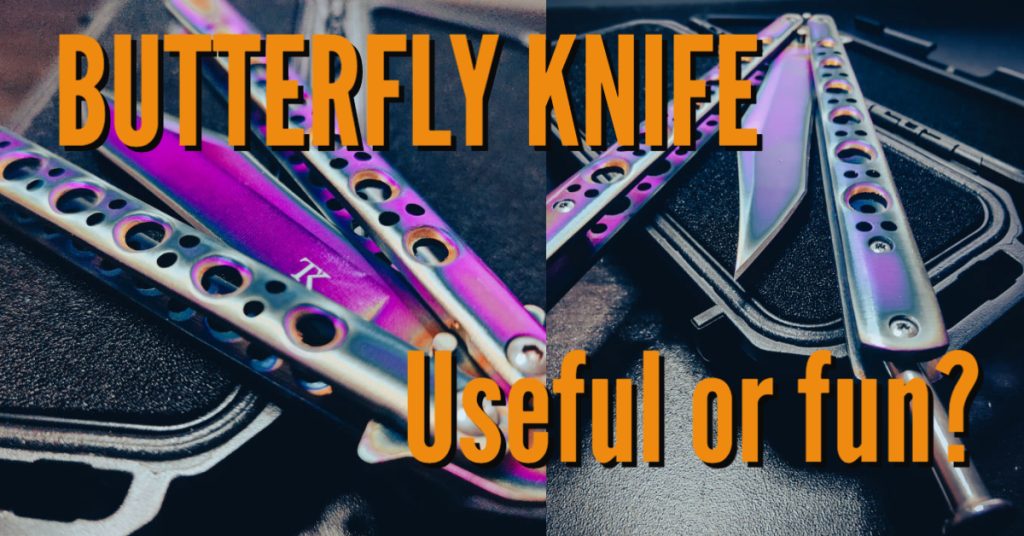 The Balisong knife is a pocket knife with a pair of handles that rotate in such a way as to conceal the blade. It’s an excellent knife to show off some impressive blade flipping skills.

However, given how the blades rotate and fan around, some people believe that this knife is just for fun. So, is there any use for Balisong knives, or is it just for show? We’ll cover this and more in the blog below.

What Are Balisong Knives?

The Balisong knife, commonly referred to as the butterfly knife, has an entire community dedicated to its beauty, grace, and tricks. Basic knife knowledge tells us that butterfly knives are by far the most show-stopping performance knives as far as flips and tricks go. In addition, it features two types of construction: channel and sandwich styles.

Channel construction makes use of a groove in the casting of the handles.

This area is where the blade rests when you fold this knife. The groove is cast or carved into the handles. This construction style allows for a firmer blade setup, making the knife more durable and better for practical uses.

The sandwich-style construction is meant for beginners since it is easier to handle.

This construction style follows a layer-by-layer style of assembly. The knife parts are screwed together or “sandwiched” into place. It’s safe enough for regular use and knife flipping, but don’t try to jab it on something hard since the entire assembly can break apart.

The Origin Of Butterfly Knives

The history of the butterfly knife is an interesting topic for many. Although, many believe it was born out of the Philippines. Many also think it came from Europe. Unfortunately, there is no confirmation of its exact origin, leaving us forever curious.

However, there are several modern-day books written by those much more invested in the topic, giving us a range of theories into its history.

For example, one theory explains the name Balisong means nothing. It is considered an untranslatable word with no meaning, which gives us no confirmation of an originating language.

Another view tells us that the name came from its (unconfirmed) place of origin; Balisong, Philippines. Then there is proof of a patent for the Balisong that came from France to Europe in 1880 but was produced much earlier without patent as far back as the 1500s.

We have uncovered from the ghost of the knife blog’s past that most knives originated from a specific need and then morphed into a knife used for close combat. The Balisong was designed for close combat, no matter where it came from.

Masters of the Balisong found an excellent use for the knife because they could flip it open as fast as someone deploying a switchblade. It’s highly concealable and doesn’t require a sheath, which makes it perfect for close combat situations and surprise attacks. It also leads us to the question, are butterfly knives useful in today’s standards?

We will not spend any time on its evident reputation of fancy flips and showmanship. You can find that information anywhere on the internet. Instead, we will talk about this knife’s particular uses and design, making us choose the Balisong as an EDC.

If you prefer a fixed blade, carrying balisong knives will be out of the question. However, the design of the Balisong allows you a compact carry, with no sheath needed while performing the same as a fixed blade would when the knife is open and in use.

While hunting, we often carry Balisongs in our pockets for this reason. The reduced bulk of this knife allows us to move more freely through the woods and provides comfort as we hurry up and wait every morning, sitting in our stands.

From a self-defense standpoint, the Balisong is quick to open, such as a switchblade or automatic OTF, but can also be used in multiple ways without exposing the blade itself.

For example, it can be used as an impact weapon with the blade concealed. Of course, using this knife without ever revealing the edge will take training and knowledge, but the benefit still exists.

Finally, it is a knife with practical purposes. It has a sharp blade on it designed to cut through different objects. Depending on the blade style, Tanto and spear point being common blade types, you have more options than just slicing. The spear-styled blades for this knife allow you to stab, thrust and can be used for other cutting applications.

Looking Beyond the Flips and Tricks

The Balisong is overshadowed, in our opinion, by how cool the tricks are. Flippers have created the community with their incredible talent. They show off their skills for a good reason – it’s a fun performance to watch, but it’s a lot of fun to flip and move if you know what you’re doing.

So here’s a piece of advice: don’t try the fancy flips without mastering the basics. You’re playing with a very sharp knife, after all.

We aren’t knocking this community one bit. However, we have tried a few tricks ourselves with our BFKP1 Practice knife, and we would say we haven’t come close to anything that could resemble a decent flip trick.

We want to add to this community and show others like us, who are far less talented, that a Balisong is so much more than a fun knife. So we would highly suggest you don’t take our word for it and add a Balisong to your EDC knife collection to try for yourself. Just remember that it takes a while before you can master the tricks of flipping butterfly knives.

BIG TIP: It is wildly fun to try the Balisong flipping tricks. We also suggest you do that too, but with a practice knife. Slicing your fingers is not fun nor recommended. A trainer Balisong is outfitted with a dull blade, which makes it safe for practice drills. They’re relatively cheap and easy to use, which can help you make Balisong flipping a regular hobby.

Practical and Fun to Use

The butterfly knife is fun to play with and practical to use. Choose the ones with quality construction if you plan to use them for hunting, camping and other applications.

Do you have further questions about the Balisong? You can call us anytime or fill out this form, and we’ll get back to you. 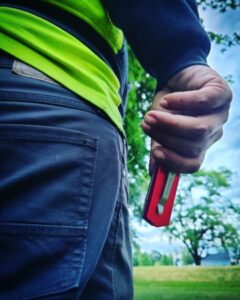